Timed Sunan /Dhuhā Time ( and its count is 4 Sunan )

It is Sunnah for a Muslim at the time of Dhuhā (forenoon) to offer Dhuhā prayer.

1) The Hadeeth of Abi Hurayrah (ABPWH), who said, “My beloved one (i.e. the Prophet (PBUH)) advised me to do three things: To fast three days in every month, to offer the two Rak‘ah prayer of Ad-Dhuhā, and to offer Witr prayer before sleeping.” (Authenticated by Al-Albāniy)

It was also reported in Saheeh Muslim by ‘Ā’ishah, may Allāh be pleased with her, that every person was created with three hundred and sixty joints, and he who does an equivalent number of acts of Sadaqah (charity), will walk on that day (i.e. the day of judgment) having distanced himself from Hellfire. (Muslim, no. 1007)

The time for Dhuhā prayer:

Its time begins when the sun has risen above the horizon by the height of a spear (i.e. when the time of prohibition is over).

The time for Dhuhā prayer ends just before midday (i.e. about ten minutes before the time for Dthuhr prayer).

This is proven by the Hadeeth of ‘Amr Ibn ‘Absah (ABPWH), to whom the Prophet (PBUH) said, “Offer the morning prayer, then refrain from praying when the sun rises until it has risen high, for when it rises, it rises between the two horns of a devil and at that time the disbelievers prostrate to it. Then pray, for prayer is witnessed and attended until the shadow of a vertical spear covers no more than the spear itself (i.e. when the sun is directly overhead at midday). Then refrain from praying, for at that time Hellfire is stoked up.” (Muslim no. 832)

The preferred time for Dhuhā prayer:

The preferred time for Dhuhā prayer is by the end of the prescribed time, which is when the young weaned camels feel the severity of the sun’s heat.

This is proven by the Hadeeth of Zayd Ibn Arqam (ABPWH), who stated the Prophet (PBUH) said, “The prayer of Al-Awwabeen is when the young weaned camels feel the severity of the sun’s heat.” (Muslim no. 748)

Shaykh Ibn Bāz, may Allāh have mercy on him, said, “The Arabic word [Tarmadh] used in the Hadeeth means that the heat of the sun becomes severe on them, while the word [Al-Fissāl] refers to the young offspring of camels. Thus, Dhuhā is a prayer the performance of which is preferable by the end of the permitted time.” (Fatāwā Islāmiyyah 1/515) 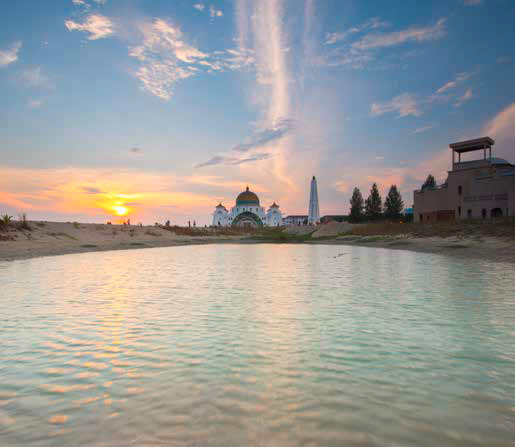 The least is two Rak‘ahs. This is proven by the Hadeeth of Abi Hurayrah (ABPWH), who said, “My beloved one (i.e. the Prophet (PBUH)) advised me to do three things: To fast three days in every month, to offer the two Rak‘ahs of Dhuhā, and to offer Witr prayer before sleeping.” (Al-Bukhāriy no. 1981, Muslim no. 721)

As for the upper limit of the number of Rak‘ahs of Dhuhā prayer, there actually is no upper limit for those who want to pray more than two Rak‘ahs. Some scholars said that the upper limit is eight Rak‘ahs, but this is not a strong choice. In fact, a Muslim is allowed to exceed eight Rak‘ahs to whatever number of Rak‘ahs he would like to pray, as proven by the Hadeeth of ‘Ā’ishah, may Allāh be pleased with her, who said, “The Prophet used to pray Dhuhā four Rak‘ahs, and then he would go beyond that by whatever number of additional Rak‘ahs that Allāh willed.” (Muslim no. 719)